Posted at 11:40h in Blog, Global Adventure by The Global Group
Share

The well known composition notebook has been given a refresh, thanks to the efforts of graphic designer Aron Fay.

Whilst working at the agency Pentagram under boss Michael Bierut, he was given a comp book sparking an enduring interest in these utilitarian notebooks.

This interest lead to researching the history of the well known notebook which it turns out, hasn’t changed much since their inception centuries ago. Fay was interested to see what it would be like to reproduce the comp book, considering that the fields of papermaking, printing and binding have changed a great deal since the 1800s.

Fay spoke to experts in paper marbling, bookbinding and design as well as visiting book libraries and researching stationery catalogs to research and document the history of the composition notebook.

The process used to produce the marble pattern that makes the comp notebook so recognisable hasn’t changed. In the early nineteenth century a new industrialised type of paper marbling began in France and Germany, coined ‘pseudo-marbling’ which lead to the ‘agate’ pattern evolving into the pattern we know today used on printed composition notebooks.

Fay wanted to create a notebook that is less about utility and more about having something that will be kept and cherished years later. The resulting notebook uses these new printing and binding technologies and high quality materials whilst retaining the pattern that makes the comp book so nostalgic. 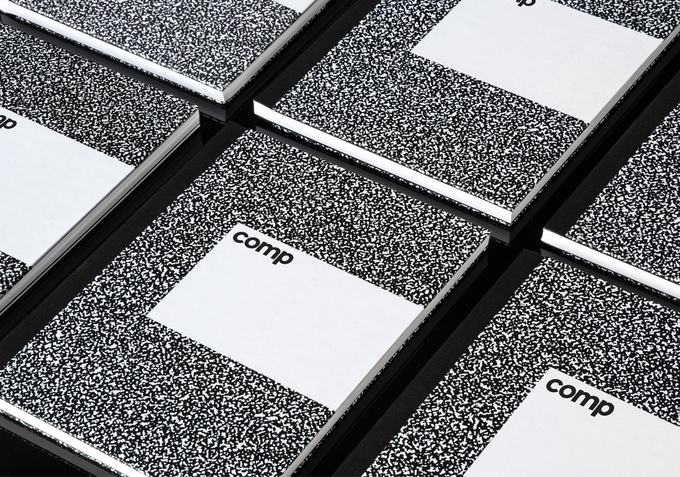 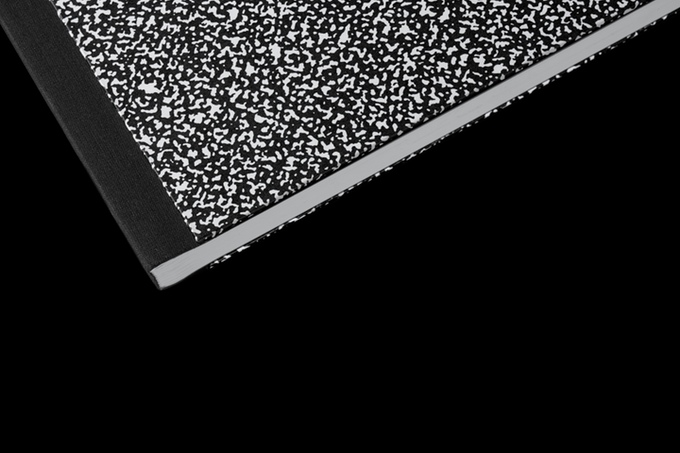 The new composition notebook has some beautiful features such as an exposed spine using Italian cialux cloth, whilst lay flat binding allows the notebook to open completely flat for ease of use. The cover paper has been micro-embossed giving it a premium feel and has been printed with a unique, custom marbled cover pattern, balancing light and dark with each shape individually placed within the pattern for a unified look. The inside pages are 120gsm white, smooth, uncoated paper which is thicker than the paper used in the original notebooks and works well with a variety of pens and pencils. The notebook is available as both lined and unlined, with the lined version using thin black lines for a more streamlined look.

The project is currently being funded on Kickstarter, with pledges starting at $19 for 1 lined or unlined comp notebook.