Posted at 10:07h in Blog, Global Adventure by The Global Group
Share

Nike have announced the launch of the 2016 Nike Mag. Almost 30 years ago the original Nike Mag became a cultural icon after being worn on the silver screen by Michael J. Fox. The limited edition release of just 89 pairs aims to raise awareness of Parkinson’s disease and the work of The Michael J. Fox Foundation for Parkinson’s Research.

The 2016 Nike Mag incorporates a system called Adaptive Fit, originally developed for the HyperAdapt 1.0, which senses the wearer and tightens or loosens, fitting to the athletes unique foot shape. This innovative system senses the heel as you step into the shoe and the system will automatically tighten, and then you can manually adjust, with the two buttons on the side, until the shoe fits perfectly.

The latest platform breakthrough is the result of deep research into digital, electrical and mechanical engineering. The resulting innovation solves a long endured issue with athletes’ feet suffering with pressure caused by laces that are tied too tight or slipping because of looseness. The precise and personalized adjustments can be made swiftly on the fly.

Those keen to get their hands on this limited-edition release could enter via a digital draw and buy tickets priced at $10 which went to The Michael J. Fox Foundation. The draw closed on October 11 2016 and the lucky winners will be announced on October 17 2016. 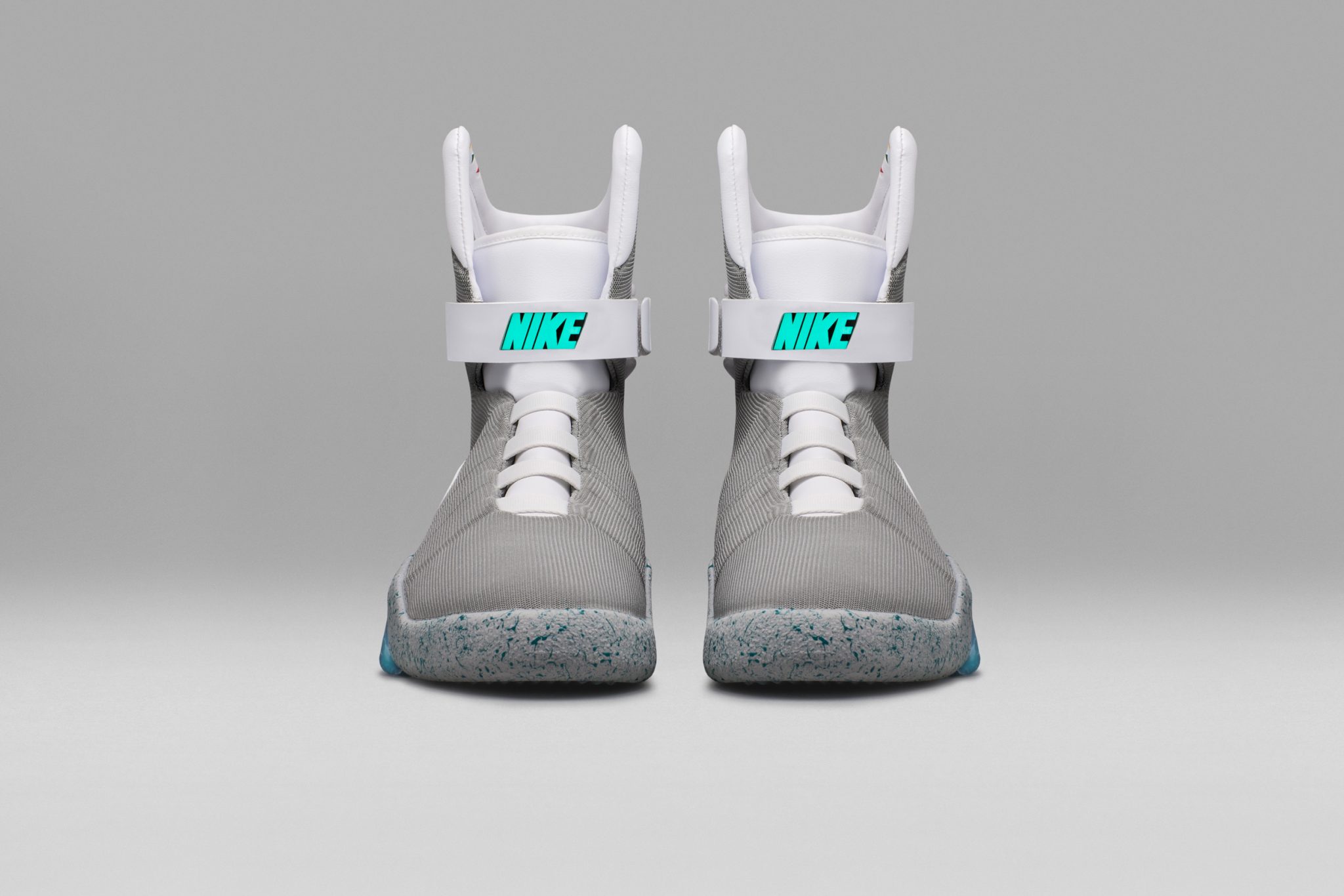 There will also be an auction held in three locations: Hong Kong on October 11, London on October 14 and New York on November 12. There is also a public draw exclusively at Nike Town London from October 15 to October 16.

All proceeds will be going to The Michael J. Fox Foundation to help drive important research into the disease and ultimately a cure. Michael J. Fox set up the foundation in 2000 after he announced that he had been diagnosed with Parkinson’s at 29.

You can find out more about the 2016 Nike Mag and Adaptive Fit technology in the video below or head to the Nike website for more information.