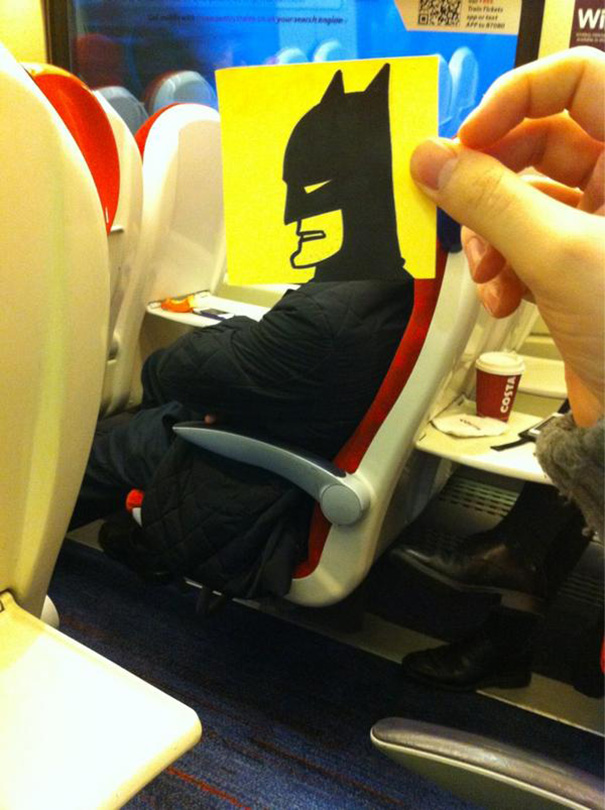 Posted at 13:54h in Blog, Global Adventure by GlobalUK
Share

The illustrator and writer October Jones (real name Joe Butcher) who is behind the amusing tumblr Texts from Dog, has also been putting the time he spends on trains to good use by taking any paper he has to hand to draw the faces of cartoon characters for commuters. Characters featured include Batman, Roadrunner, Spiderman and Mickey Mouse. Jones then takes a photo of the result and tweets it to his followers for their amusement.