12 Dec Greenery announced by Pantone as colour of 2017

Posted at 12:06h in Blog, Branding by GlobalUK
Share

Pantone have announced that the colour of the year for 2017 is the yellow-green shade of Greenery.

After the muted tones of 2016 – rose quartz and serenity, greenery makes a refreshing change. Symbolic of new beginnings that evoke the start of spring, the choice signals a move towards a reinvigorated energy.

Pantone choose a colour of the year that symbolises what they see taking place in our global culture. The selection for 2017 captures the lush foliage of the great outdoors which have the power to revive and renew. 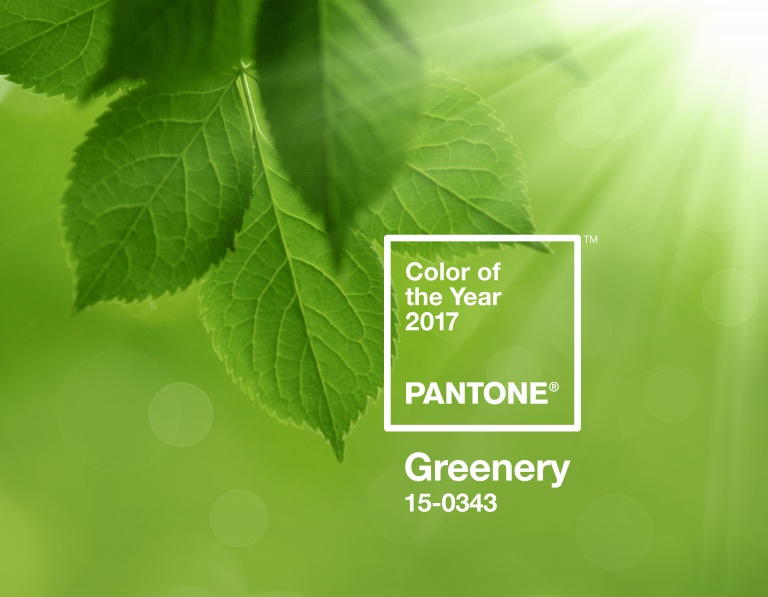 The positive associations with this shade are further explained by Leatrice Eiseman, Executive Director of the Pantone Colour Institute, “Greenery bursts forth in 2017 to provide us with the reassurance we yearn for amid a tumultuous social and political environment. Satisfying out growing desire to rejuvenate and revitalise, Greenery symbolises the reconnection we seek with nature, one another and a larger purpose.”

The versatility of Greenery works well with a variety of colour combinations from brights to pastels and metallics. Greenery is a shade that works in a variety of settings, from home decor to the food and beverage industry. This particular shade ties in with the power of plants and healthy eating, in particular with a range of popular foods such as avocado and matcha.Greenery also conveys the freshness and organic provenence of produce.

Pantone’s Colour of the Year has influenced multiple industries for 17 years, such as fashion, graphic design and product development. No doubt we will see Greenery appear in a variety of ways over the coming year. Visit the Pantone website for more information about the Colour of the Year 2017.