Posted at 16:21h in Blog, Global Adventure by GlobalUK
Share

For artists and designers who have imagined being able to sample any colour and have a pen with an ink colour matching it exactly, the Scribble pen is a complete dream come true. The duo behind the concept are Mark Baker and Robert Hoffman, who launched the project on crowd-funding website Kickstarter. The pen is now due to launch on Kickstarter on 7th July. 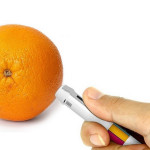 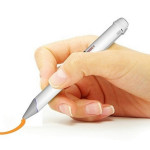 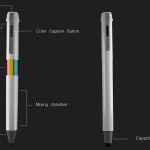 There are two models available, a pen version that works on paper and another stylus version that works with devices such as tablets, smart phones and laptops. The pen works by using a colour sensor and LED lights to capture the colour. It then stores and recreates that colour to transfer onto paper or your device. Additionally,  you can store, tag and organise even more colours via the Scribble+ app on mobile, which is compatible with both iOS and Android. Even without that you have more than enough storage as both the ink and stylus versions include 1GB of storage for 100,000 colours. They also both have a rechargeable battery and bluetooth wireless technology to connect to your phone.

The best news is that replacing the ink cartridges is expected to be very easy and affordable. The makers of the pen suggest that cartridges will be priced between $3 – $10, with a suggested life of several months, that could potentially save you lots of money in the long run from not having to replace felt pens. For those wanting to use the stylus version, it seems there are also plans for a tie in with software such as Photoshop too.

To be the first to know when it launches, sign up on the Scribble website for notifications.